Warning: Use of undefined constant get_links_custom - assumed 'get_links_custom' (this will throw an Error in a future version of PHP) in /homepages/16/d172852903/htdocs/greeneroo/wp-content/plugins/google-sitemap-generator/sitemap.php on line 178
 martial arts | Greeneroo

The Hakone Estate and Gardens are a cultural treasure, and located in Saratoga, CA.
Japanese cultural presentations include:
What’s new this year?  These beautiful luxury Japanese wedding kimonos (uchikake gowns) are available for purchase at a discounted price.  Price starts at $1,500 and up. (The estimate market value is $2,000 and up.)
Some confirmed performance: Tsugaru Shamisen, Aikido, Japanese Calligraphy, Shorinji Kenpo.
Japanese cultural activities for kids: Origami, Shuji(calligraphy), Soroban(abacus)

NOTE: You may not park or walk into the gardens on this festival day, you may take the shuttle from Parking Lot 5 at West Valley College.  Hakone will be closed for vehicle access and walk-in access for safety reasons. 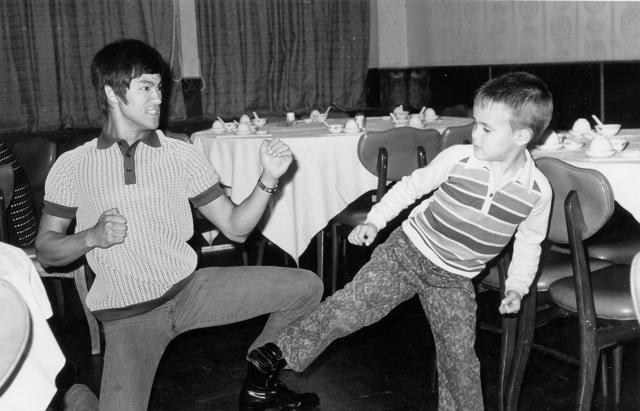 My father was a teacher, family man, martial artist, philosopher, and innovator who became a cultural icon because he actively lived his philosophy of self-actualization. This is what moves me to keep his legacy alive. And this is the energy that continues to inspire people all over the world today.

“I will never find the light unless, like the candle, I am my own fuel.” — Bruce Lee

His energy captivated audiences and motivated people to action. I wanted people to have access to his depth, but also his philosophies, so that they may enrich and empower others to lead their best lives.

In 1993, my brother Brandon Lee died suddenly due to an accident on the set of his movie, The Crow. He was coming into his own as an actor and was planning to get married in a few weeks when his life was cut short. The random and abrupt way his life ended shook me to the core and put me into a deep depression for several years. In the depth of my grief, I was looking through my father’s writings and this quote lifted me out of my darkness.

Action Step: Start noticing where you are struggling in your life; it might be something big or small. Start journaling your observations without judgment. Decide to move in a positive direction and seek the tools that are out there that will help you with constructive motion. Keep moving forward and celebrate each win.

This is my father’s most famous quote. The core idea of being like water comes from Taoism—a 2,500-year-old Chinese philosophy. My father was schooled in Taoism as a young martial arts student, but he also had a way of interpreting these ancient ideas so more people could understand them. If you are like water, you can shape-shift into any form and flow around any obstacle with ease.

Action Step: The next time you are faced with an obstacle or some criticism, don’t become rigid, combative, or defensive. Feel yourself flowing around the problem like a stream moving easily around a giant boulder.

The years between The Green Hornet and the Hong Kong films were often difficult for my dad. In Hollywood he wasn’t getting offered the roles he felt he deserved, he struggled to support our family, and he injured his back very seriously. My dad was told that he would never be able to participate in martial arts ever again and may never walk normally again. But he made a clear decision not to believe the doctors and took responsibility to research his body and heal himself. “Walk on” was a phrase he wrote on the back of his business cards to remind him of this decision to stay positive and move forward.

“Walk on” was a phrase he wrote on the back of his business cards to remind him . . . to stay positive and move forward.

Podcast listener Sam Shennan in Australia retells the story of shattering his ankle, yet having to just “walk on” despite the injury. “I focused on the positive of the situation and took the opportunity to listen, read, and study how successful people managed to reach self-sustaining,” he says.

Action Step: Do you have a phrase that helps you when you’re stuck? Find or write a phrase that can help you with whatever you are struggling with right now.

In 1969 when he was 29 years old, Bruce Lee wrote a grand goal for himself as a commitment and direction to pursue. He called this “My Definite Chief Aim.”

“I, Bruce Lee, will be the first highest paid Oriental super star in the United States. In return I will give the most exciting performances and render the best of quality in the capacity of an actor. Starting 1970, I will achieve world fame and from then onward till the end of 1980 I will have in my possession $10,000,000. I will live the way I please and achieve inner harmony and happiness.”

Action Step: Write your own Definite Chief Aim. Dream big and remember that a goal is an inspired direction to pursue—not a rigid prison. Wherever your goal takes you, flow like water.

My father was a man who was always learning, growing, and evolving.

In 1964, the traditional Kung Fu community in San Francisco challenged my father to a fight. They were irritated by this rebellious young upstart who was teaching kung fu to students of all races. He was told that if he lost the fight, he would have to shut down his studio in Oakland. My father agreed to the fight and defeated his opponent in under three minutes. Even though he won the fight, and the right to keep his studio open, he wasn’t happy.

He was expecting to take his opponent down in under a minute, but during the fight, his opponent started to run around the room forcing my dad to chase him down. The classic form of kung fu he learned (wing chun) did not prepare him for a real-world fight like this. So my father began creating his own style called “jeet kune do,” discarding parts of the classical form that did not serve him, and evolve the art to suit his own body.

Action Step: If you are repeating an old practice, pattern, or path that is no longer working for you, is there a way to modify it to be more useful? You don’t need to stay on a road that someone else paved. You can create one that suits your unique mission.

My father also designed graphics, exercise equipment, sculpture, shoes, clothes, and drinks. One of his famous designs is a series of four stages of self cultivation.

Action Step: Look at the four stages of self-cultivation and identify where you are on your own journey. Journal about where you are right now and how you would like to grow.

My dad never felt competitive with anyone; he was on a mission to become the most actualized Bruce Lee he could be. In my dad’s kung fu studio, his students were women and men of all colors and backgrounds. He truly believed that we were all brothers and sisters—a family of man.

Actor George Takei says, “Bruce Lee made a tremendous impact on me and on the world’s psyche. He was an action hero when we’d been saddled with all these one-dimensional stereotypes: the servant, the buffoon, or the enemy. He was someone Asians could be proud of.”

Action Step: Think about a group, community, or individual who you have negative or stereotypical judgments about. Can you create a moment of common ground where you can see each other as human beings? It could be a brief conversation about a favorite food, a movie, love for animals, etc. Something that gives you the experience of our human connectedness. We all have much more in common than we think.

Reference: The Bruce Lee podcast, an easy toolkit for people who want to lead a more harmonious and fulfilling life. My father’s philosophies have helped. Bruce Lee is a bright beacon in today’s world where strong, actualized men are needed. He speaks to the idea of taking action within the context of compassion that resonates with today’s youth who are trying to find their way in a shifting landscape